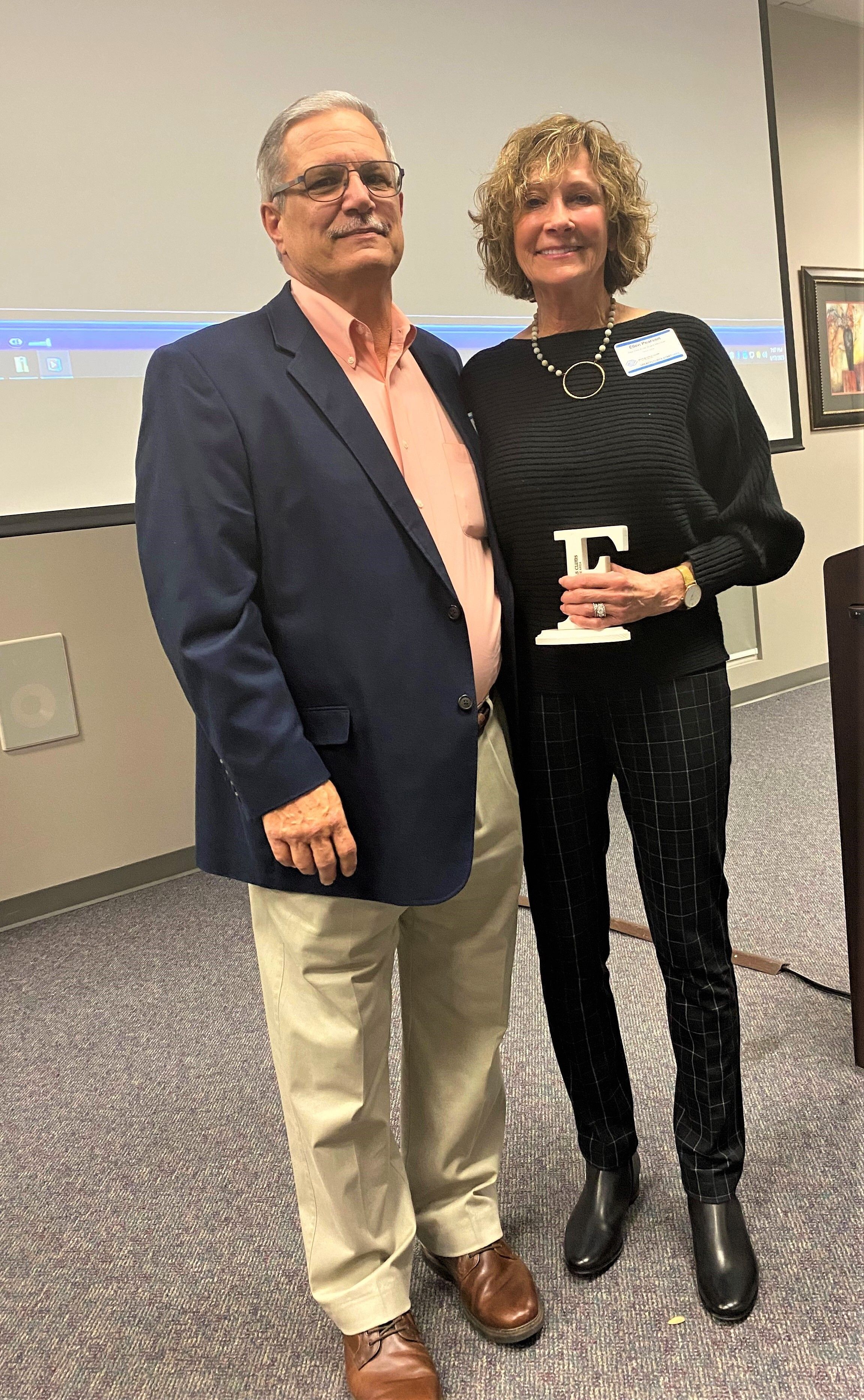 Mr. Richard Harrington and Ms. Ellen Pearson received Frankie Awards during the Boys & Girls Clubs of the Pee Dee Area Board of Directors Annual Meeting on Tuesday, January 17, 2023, at the Floyd Conference Center at MUSC in Florence.

The Frankie Award, named to honor the late Frank Avent, a longtime supporter of the Clubs, has been presented only three times prior to that evening.

Mr. Harrington has served on the board since 1996 and as board chair, was the 2008 Champion for Youth, a Jeremiah Milbank Society Member, and SC Area Council Honoree.

Mr. George Brown, the first recipient of the Frankie Award, called him “a true champion for our kids.”

“She’s somebody who’s always there and always stepped up to the plate,” he said.

Surprised, Pearson said she loved being a part of the club and its programs. She recognized the amazing leadership team of Zimmerman, Decar Brown, and Mike Woods, who work seamlessly together.